Tropical Storm Hanna on its Way to South Texas; Monsoonal Flow Kicking In; and the Status of Soil Moisture

As of this writing, Tropical Storm Hanna is expected to bring tropical-storm-force winds this morning (Saturday, July 25th) to parts of the Texas coast. Rainfall associated with Hanna could result in flash flooding across South Texas today and into Sunday. The below map show the 1-3 Day expected rainfall totals from Hanna.  Note parts of South Texas could see totals of 10″ or more.

Flash flooding is also possible across the Southwest into Southern and Central Rockies, as well as the Central Plains into the Midwest over the next two days.  We are starting to see some monsoonal flow coming off the eastern Pacific, which could drastically help the ongoing drought in the Southwest and Colorado.

The full 10-day accumulated precipitation forecast using NOAA’s GFS model is below.  While we are likely to see some fairly large flooding impacts from Hanna, other parts of the country in drought should see some improvement over the next several days.  The hardest hit areas in the Southwest and Colorado, though, are in some pretty large precipitation deficits so there is a lot of ground to make up.

The below maps shows the status of surface and root zone soil moisture based on the NASA GRACE satellite.  This NASA product is one of the newer drought indicators being used for the U.S. Drought Monitor.  Note the colors indicate dry/wet percentiles, which is basically the frequency a given area has been dry/wet.  Note areas in Texas, Southwest, and Intermountain West are seeing soil moisture conditions in the 5th percentile or less. 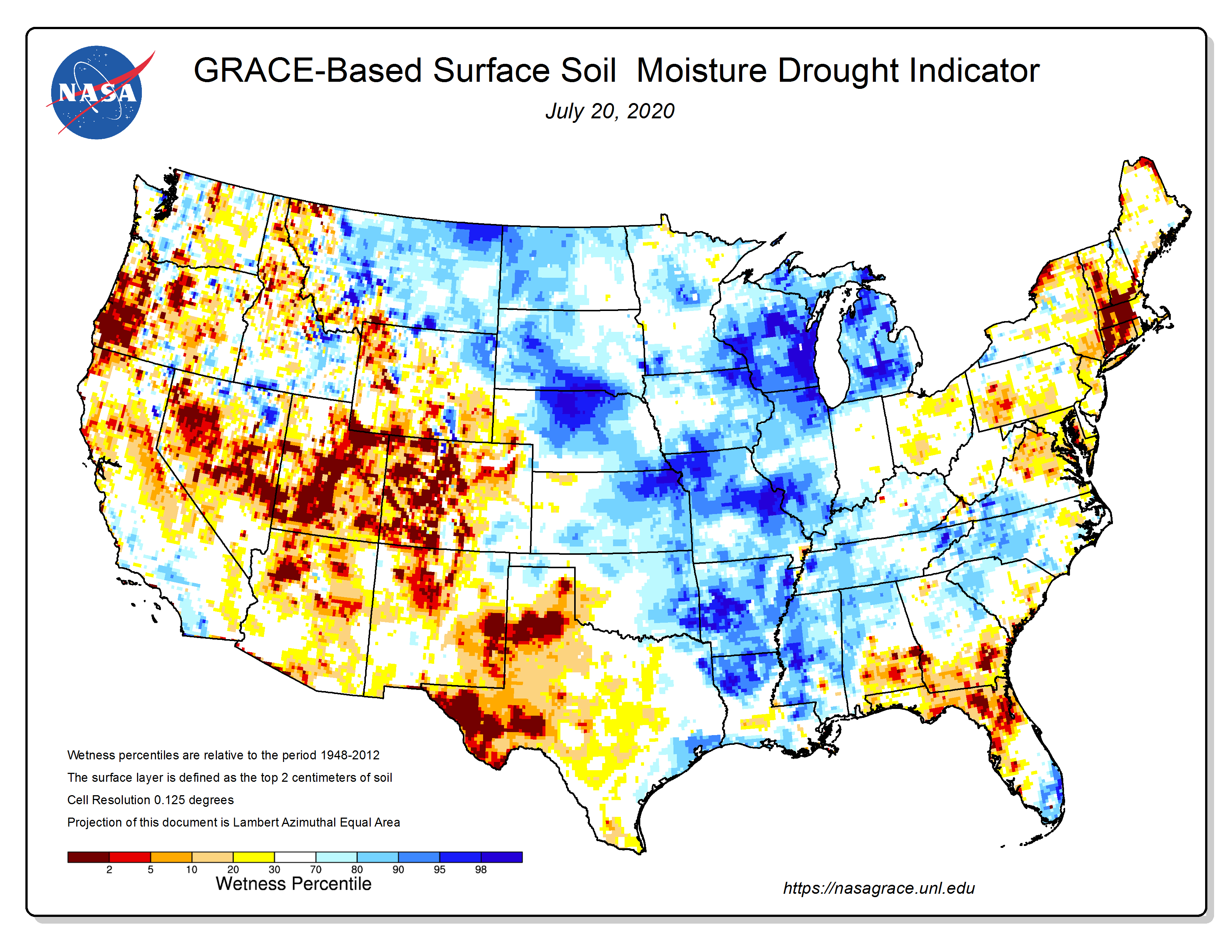 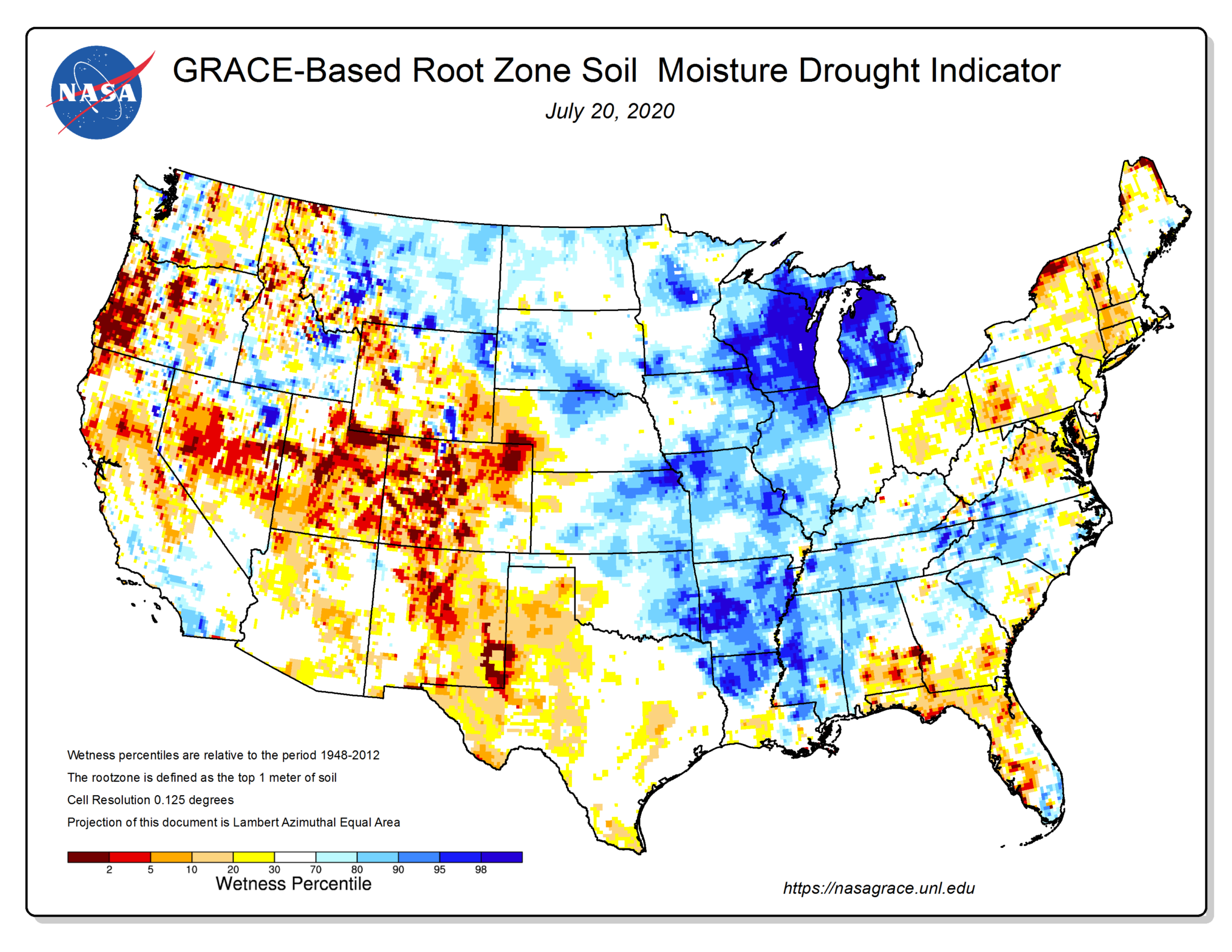 Cattle, Corn, and Hay in Drought

For those interested in the percentage of cattle, corn, and hay in drought take a look at the below chart.  This goes back to 2011 when USDA started tracking the percentage of ag in drought.  Hopefully this will put things in some context, or at least help us be thankful it’s not 2012!